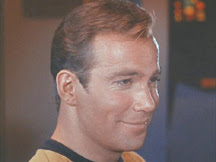 Episode 283 on MP3
Talking about Discovery!
Bill's next GalaxyCon on December 5th
Star Trek stamps in the UK!
Inglorious Treksperts podcast with David Zappone!
The Captain's Collection from Shout Factory
Why Star Trek is one of the greatest shows of all time 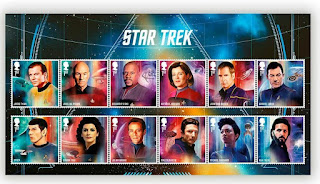 I guess the Montgomery Scott stamp would seem weird if one forgets Canada's status (until very recently) as a member nation of the British Commonwealth. You know, with Queen Elizabeth II depicted on Canadian coins and everything.

On the other hand, Carol Marcus (into Darkness) had a British accent and her father was stationed in London at one point, so maybe it is about the characters' UK connections.

A couple of points about items you discussed in this episode: Regarding the interview with Christopher Plummer, it's only the *special edition* of "The Captains" documentary that includes that. This is one of those instances where you have to be very careful where you order an item from, because not all websites disaggregate different editions or versions of the same item (I'm shaking my finger at you, Amazon).

I have to wonder if whatever got between Bill and Leonard Nimoy might have been amplified by Nimoy's condition. Severe COPD causes anoxia; this, and the medications for it, affect brain function--and that might have caused some emotional and personality changes as well. People in the end stages of disease very often become cantankerous, confrontational, obsessive, and petty in their personal interactions. It's possible that what happened between them was much more about Leonard than it was about Bill.

I'm sorry to add yet another separate comment (my brain is turning to quarantine mush). I wanted to address the issue of Dr. McCoy spending time on the bridge, since it's come up several times in your podcasts recently: one of McCoy's primary responsibilities as Chief Medical Officer is to *observe*, maintain, and continually report on the fitness of the command crew--and the captain in particular--under regular working conditions and interactions. It's funny how the fact a CMO is more than just the senior physician and/or chief surgeon aboard ship was easy for us to accept and justify back when writing fanfic, and it now slips our minds when rewatching the show.