Our report on the Menagerie in the movies! Line geeking, St.Olaf, and post-movie breakdowns (including a rant on bad audience behavior) 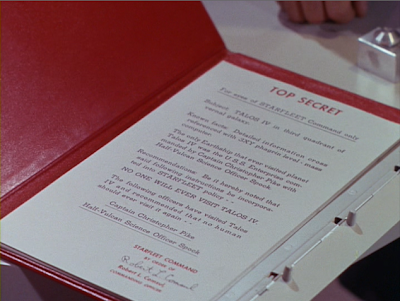 100 Reasons Why Kirk is Better Than Picard

Thanks, Quvmoh! Did it come from here?

1. When Data died, Picard had a funeral. When Spock died, Kirk reconstituted the body, forced it’s soul back in, and even got him laid along the way.

5. Kirk has caused computers to self-destruct by out-thinking them on three separate occasions.

8. Kirk does not play the flute.

9. Picard is from France.

11. When Kirk screams it echoes across the entire planet.

12. When Kirk blew up the Enterprise, Starfleet built him another one and had it ready by the time he got home.

14. Kirk chastises omni-powerful super beings for not being polite to women.

15. Kirk sword fights someone on a regular basis.

16. Kirk’s Enterprise did not have a day care.

17. Kirk once ordered Scotty to fire a photon torpedo on his position and then he dodged out of the way so it hit the alien he was fighting.

18. Kirk has a violently deadly disease in his blood but he doesn’t let it slow him down any.

20. Picard’s name is known and respected throughout Klingon space. Kirk’s name is cursed and vilified.

21. The only Klingon serving on Kirk’s bridge would be a dead one.

23. Kirk would never allow an “acting ensign” to lock out his command codes.

26. Kirk once made a cannon that shot diamonds.

28. When the evil aliens use a stun ray on the crew, Kirk always stays conscious for a minimum of 15 seconds longer than everyone else.

29. Kirk is on a first name basis with every single admiral in Starfleet.

30. Kirk once said: “You’re the Captain’s woman till he says your not.”

37. Kirk mocks Federation bureaucrats that he doesn’t like and then proves that their aids are Klingon spies, just to make the point.

38. Kirk once became an Indian god with the power to resurrect the dead.

40. Kirk’s love affairs extend not only across space but across time as well.

41. Kirk’s dress uniform does not actually look like a dress.

42. Kirk looks good in a ripped shirt, and he knows it.

46. Kirk has fought evil duplicates of himself on numerous occasions, always with screaming involved.

48. Kirk has punched out at least one member of over three thousand known alien races.

49. Kirk would never allow his first officer to get more tail than he does.

50. No matter what world Picard goes to, Kirk was there first and probably has an illegitimate child somewhere on the planet.

51. Everyone knows the phrase “Beam me up, Scotty!” The phrase, “Energize whenever you are ready, Mr. La Forge,” doesn’t exactly have the same notoriety.

52. Picard’s first officer is named after a bathroom code.

62. Kirk’s medical officer prescribes hard liquor as a cure all.

63. Kirk has heavy calluses on his right index finger from pressing the trigger on his phaser so many times.

64. When Kirk gets punched in the face he just wipes the blood off his lip and looks at it with a smirk.

65. Picard once wore formal Klingon robes for a Klingon ceremony. If Kirk ever wore Klingon robes it would be because he took them off a dead Klingon.

66. Kirk chops his own firewood.

68. Kirk would have slept with Beverly Crusher by episode two.

69. In the episode “The Trouble With Tribbles” the tribbles bred at such a fast rate not because of instinct but because they were in the presence of Kirk.

70. When Deanna Troi talks about what she’s feeling, Picard listens carefully and thanks her for her input. Kirk would have called it “pillow talk.”

71. The emotional content level of Kirk’s speeches is an average of 782 times higher than the level of Picard’s speeches. If he’s talking about revolution, exploration or diversity, it is 1,089 times higher.

74. The main computer on Kirk’s Enterprise once hit on him.

75. Kirk faced off against Wyatt Earp at the O.K. Corral and won.

76. Picard is a Frenchman with an English accent.

77. Kirk only requires thirty-two minutes of sleep a day.

82. When Kirk was sent to the prison camp on Rura Penthe he hadn’t bathed or changed his clothes in days and was wearing animal carcasses for warmth but Iman still threw herself at him the moment he arrived.

83. When Abraham Lincoln appeared floating in space in front of the Enterprise, Kirk didn’t even blink.

84. Kirk can break out of any jail cell that is located anywhere in time or space within one hour. Within one half hour if Spock is with him.

87. 87% of all Klingon opera is about the singer’s desire to kill Kirk.

88. The other 13% of all Klingon opera is about the singer’s desire to be killed by Kirk in glorious battle.

89. Kirk once taught an emotionless female android how to love. Then he broke up with her.

91. Even though they haven’t existed for hundreds of years, Kirk can still sort of drive a stick shift.

92. Kirk never dressed in green tights and pretended to be Robin Hood, and if he had, someone would have paid for it.

93. Even though Kirk often pauses between words, no one ever dares interrupt him.

94. Kirk went to the center of the universe, met god and wasn’t impressed.

97. Kirk blatantly disobeys one out of every five Starfleet orders just to remind them who’s really minding the store.

98. Starfleet estimates that the average Klingon has a 36% chance of being killed by Kirk at some point in their lifetime, regardless of their age, profession, location or social status.

99. Kirk once kicked a Klingon into the molten core of an exploding planet.

Bill shills for his Hollywood Star!

Shatner Falls To Pieces In Hollywood

And please don't write and complain about the sound. I know. 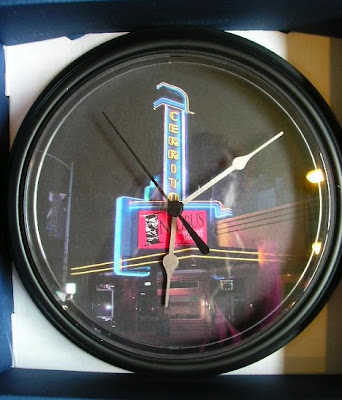 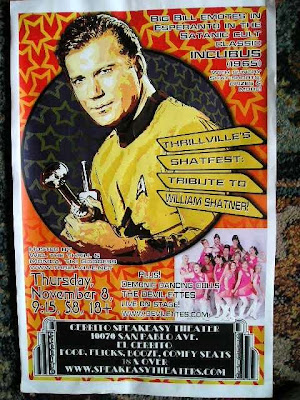 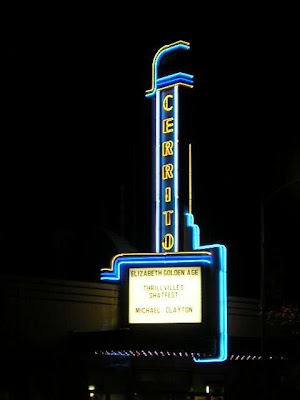 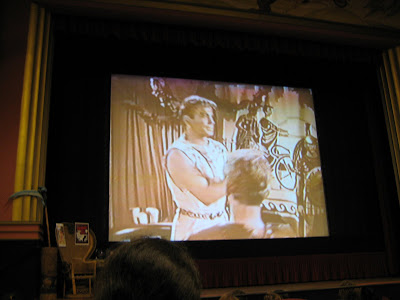 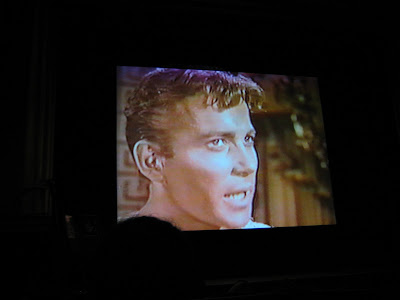 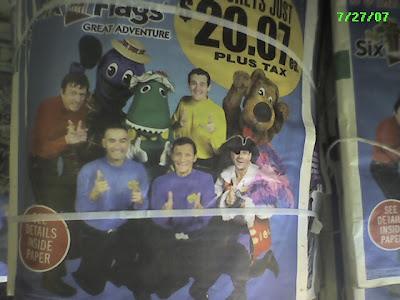 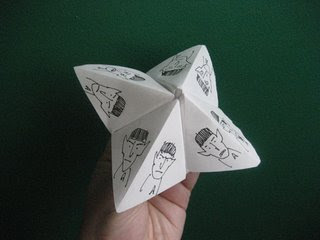