William Shatner is very disappointed in all of you.

He could spank all of us. And then the oral sex. 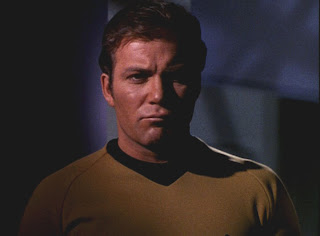 Kim Hollis: Star Trek earned a jaw-dropping $79.2 million from Thursday evening until Sunday. What are the primary reasons that Paramount was able to hit it out of the park with the Star Trek reboot?

Josh Spiegel: First of all, this film came out at the right time. It's been long enough that most people have forgotten the last two Star Trek films, Insurrection and Nemesis, which were both flops. Second, the movie has looked like, from the first major trailer being released, like it could easily please Trekkers and non-Trekkers alike with enough callbacks to even the most familiar Star Trek references and lots of action. That, more than anything else, is what I would call the biggest reason that this new Star Trek film works: you really don't need to know anything about the mythology of the show aside from the characters' names (and the original series has been around for over 40 years, so you'd have to live under a rock to not even recognize the name Spock) to enjoy it.