So why shouldn't you have it? Bid on Bill's invitation to the premiere of Star Trek XI. It's autographed!

See it and bid on Ebay 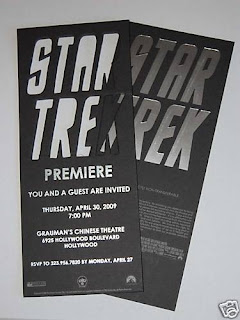 100% of the Proceeds from this auction will benefit Mr. Shatner's Hollywood Charity Horseshow.