We continue the Shatmoy celebration with a review of Bill in For the People, 1965
Read more about it here, at Johnny LaRue's Crane Shot!
We discover the Shatner Snort 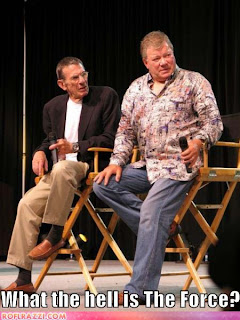 BACK THE FUCK UP. DO YOU MEAN TO TELL ME THAT BILL DIALS A PHONE LIKE HE TALKS?! CAUSE IF SO, EVERYTHING IS INVALID AND I NEED TO SIT DOWN AND CONTEMPLATE THIS SHIT.

AND A GIANT MOTHERFUCKING SQUID FALLS FROM THE SKY AND CRUSHES MY HOUSE....

AND MY SOCKS BURST INTO FLAMES....

AND KHAN CRAWLS FROM HIS GRAVE TO TAKE VENGEANCE ON ME.....

AND JACK NICHOLSON FOLLOWS ME AROUND AND REPEATS EVERYTHING I SAY SARCASTICALLY....(WAIT, HOLD UP. THAT WOULD BE SWEET, GODDAMN).....

YOU KNOW WHAT I'D DO?
I'D BE LIKE "OH IT'S ALL GOOD. I SAW BILL SHATNER DIAL A PHONE ON SCREEN, AND IT WAS FUCKING AWESOME."

THEN I'D SIT THE FUCK DOWN AND WATCH IT AGAIN, CAUSE DAMN, ITS THAT GOOD.

Ehem. *straightens collar*
It would be simply charming if you could post that clip sometime. I indulge a slight chuckle in imagining our William dialing a phone in a fashion similar to that of his peculiar speech.

Thank you and good day.

Wow - completely disagreed with your review of For the People - I've actually really enjoyed the eps I watched (including the one you saw...) I actually think the show's better than Star Trek!

In this case, Shat's wife had an affair and is divorced, so they are having trouble adopting -- b/c to many people, what she did goes against contemporary standards of morality.

On the other hand, this publisher has published a book which Shat thinks is immoral, yet the publisher is trying to prevent Shat from questioning him explicitly about it by threatening to disclose the info on his wife. So ironically it's the erotica/porn publisher who is trying to use prudish standards ultimately to achieve his own ends. He knows Shat is under pressure not to see this stuff revealed b/c of the adoption issue.

In the end, though, Shat decides to confront the publisher despite the threat. In doing so, he explicitly talks about his own morals, telling his wife that she didn't do anything wrong - that her affair was not wrong. Yet he doesn't like the book.

So who's right about the book in the end? Shat or the publisher? What about the wife's affair?

Well, the show implies that all the info that could be considered obscene is going to come out, and that the whole issue will be discussed in a public forum, but there is no comment on whose right. Shat doesn't have support enough, as a representative of the People, to go to court. Maybe he will after the tv show, maybe he won't. As a lawyer I felt the show was fairly realistic about his role, and how the media plays into it.

Plus, about the 'It's easier when you don't care' line you didn't like. Well, I thought their argument before showed that it wasn't easy for them, implying that they did care.

p.s. sorry about the bad spelling/grammar in my previous post!

Also, another thing I liked about the show was its portrayals of women and visual minorities. Shat's wife actually has a career, and she even says at one point that she may go on a tour of Russia (or something like that). Other episodes show women lawyers, and people of colour in professional positions (not just maids/janitors). I thought this was great & very ahead of its time.