If none of the other media Bill's conquered work out...

He can always work as a clown for children's parties. 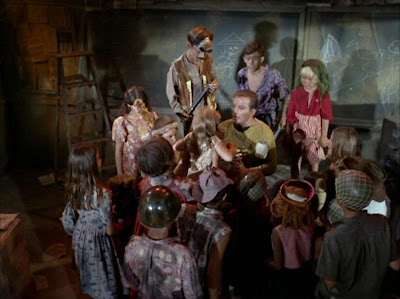 Paisley has been buddy-buddy with William Shatner ever since Shatner made a guest appearance in Brad’s “Celebrity” music video. In fact, he helped write a song for Has Been, Shatner’s acclaimed album of prose-poems set to music. So when Shatner came to the Nashville Film Festival last year to introduce William Shatner’s Gonzo Ballet, a well-received documentary inspired by Has Been, Brad invited him to spend some time over at the Paisley family farm. “And I’ll tell you one of the strangest things I’ve ever seen,” Paisley says. “I came home from the recording studio, and [Shatner] was already over at the house, playing with my two-year-old son in the basement — with light sabers. I walked in to see my son and Capt. Kirk, dueling with light sabers. I looked over at my wife, and asked: ‘What the hell kind of bizarre universe have I just walked into here?’”