...here's some (possibly but probably not) helpful advice.

You’re walking down the street, casually minding your own business, when you suddenly bump shoulders with William Shatner. You are by far too much of a devoted fan to be able to ignore him, yet you don’t have time to start a good conversation or even plan a good ruse. What do you do?

Simple: fake medical emergency! A seizure is good, because it means you don’t have to carry around large quantities of fake blood. Pretending to choke on a piece of food might also work. Even if William Shatner just walks right on by, chances are that he will at least talk about you to his friends later: “Hey, I killed a man today.”

[...] After Mr. Shatner saves your life by performing the Heimlich maneuver, you can say “Thanks, unknown sir!” or “That was awesome, Mr. Shatner, but what was with Generations? How did that missile reach the sun so quickly? Did it have a warp drive attached?” Mr. Shatner will then viciously slap you, but you can take a picture of the bruise and send it to all your friends. 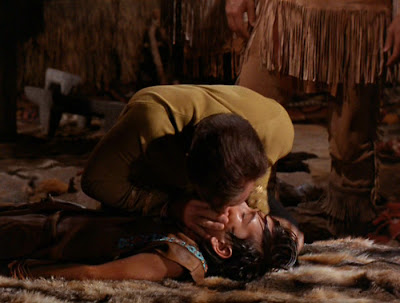 I'd rather save Shatner:

he falls down (doing some stunt), breaks his arm (and his pinky);
you give him CPR, just in case.