News From Around His Butt 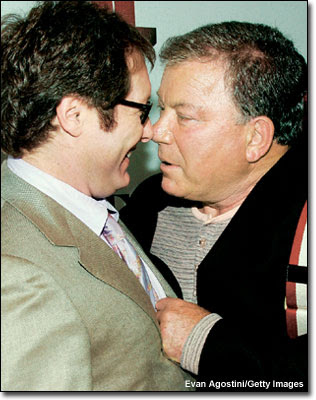 Bill accepted a Prism Award on behalf of "Boston Legal" and the show will be airing on September 26th on several cable stations. Here is the list: 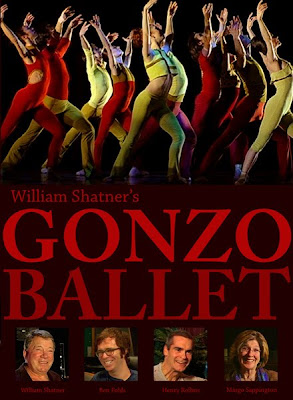 William Shatner's new documentary called "Gonzo Ballet" based upon the Milwaukee Ballet's adaptation of several of his songs from "Has Been" will be premiering at several film festivals in the US, Canada and Spain over the next couple of weeks.

We'll see he was supposed to be in Providence R.I. last month and couldn't make it at the last minute.

Do they just call in Shatner when they want it to be slashy?

Geek this,,My husband and I attended the opening Gala in Stratford, and it was a wonderful evening. Both Mr and Mrs Shatner were in attendance, though they made an early night of it. The doc was a delight.