Half a show is better than none!

And a wonderful take on Kirk from BlueSpock on Tumblr 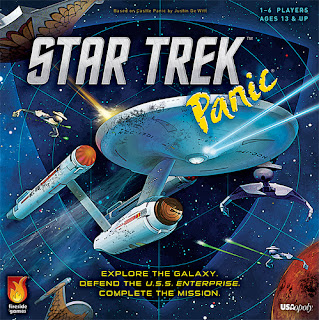 It's been a while since I sent you a message and for that I am sorry. I tend to listen to your podcast while going to work where it is impractical to send you a message. Then when I get home I tend to forget. Sorry. Anyway, this is what I thought of the things you recently talked about:

I am amazed that I agree with Takei on something. It is a very rare occurrence indeed. It has only happened maybe once or twice before. I agree with him on gay marriage and about the internment camps. Now I agree with him on this: They shouldn't have made Sulu gay. It is something tacked on the character that has no place in the story. Just because Takei is gay doesn't mean that Sulu should be. If they wanted to honor him, truly honor him, then they should have created a new gay character for him. That way it wouldn't feel like Paramount just put slash up on the big screen. That's cool, but it has no meaning like this. If they are not going to develop it then it is a waste. Just like how DC turned Jimmy female then did nothing with it. It had no meaning! They shouldn't have done it. Especially, if Takei objected and they knew about it. They should have aborted.

Then again I haven't watched the movies since the first one and I didn't see this one. I don't know. I could be wrong, but somehow I doubt it.

The other major topic that I wanted to mention was the fan film rules. I read them myself and I agree with most of it. Fans shouldn't make a buck off of this. Nor should they be able to register it. Just like with fanfiction, it should be non-commercial. It should be for the love of the work. Nothing else. To be so inspired as to create your response to the show should be enough. That is WHAT it should be like. I agree with them on that.

Where I DON'T agree is with other parts of the rules. Only 15 minutes and only two parts long at max? No professional actors of any kind, especially anyone associated with Star Trek or Paramount? Even if they are no longer being paid by the studio? Or They must not be lewd in any way or lewd or controversial? WTF!!! How is one supposed to create a Star Trek story under those conditions? That's nearly impossible! I guess what they really want is no unlicensed stuff at all. I get it. They need to protect their brand. This is not the way to do it though. It pushes the fans away.

Which Paramount has done a lot of recently. I am not as passionate about Star Trek as I once was. They have done nothing to spark my interest. I am not even interested in writing Star Trek fanfics right now. And I am looking for a new series to write for. Oh well, nothing we can do about it for now. We'll just have to see how this all plays out.

Thanks for your hard work,