Vulcan House Hunters (Rocket Mortgage commercials)
Lene watched the Star Trek Beyond trailers (one, two, and three) so you don't have to
Anton Yelchin passes away - so so tragic
Star Trek Opera in Santa Cruz
Failed TV pilots of the 1970s! - Leonard as a psychic race car drive (you can watch it here)
The "Official" Fan Film Guidelines from Paramount/CBS
And Paramount/CBS' explanation of the guidelines

Listeners: When do you listen to the show? 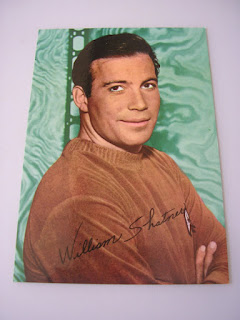 JK's birthday gift - all the way from Ireland!

FYI, Bill Shatner WAS a committed tennis player for a number of years, as were a number of Hollywood celebrities. I don't know how good he was--probably not as good as Gene Wilder, who was VERY well known as a semi-pro level tennis player. Tennis was booming in the mid-to-late 70's (on the heels of Stan Smith, Arthur Ashe, Billie Jean King & Chrissie Evert) and had a major Hollywood boomlet. Around 1980-81, Bill did a hilarious tennis commercial, the selling point of which I can't remember (maybe just pushing the sport) in which he is all overdressed for tennis, with headband, wrist bands, etc., standing at the net offering all these excuses for why he got distracted and played poorly--his racket isn't balanced, his wrist band is crooked, etc. I remember the commercial really was funny.