Chicago Creation Con - NO BILL
But he will be at Dragon Con!
Bill talks about the horse book
Bill talks to the South China Morning Post about World of Suzie Wong
TimeTrap on Goodreads!
ShatnerWeb reviews Dreams
Kirk Drift!
Kate Stark has done a sporking/breakdown of the Axanar script 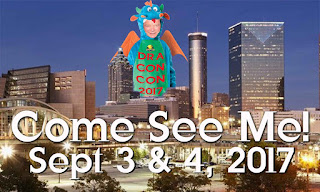 No, no, no, Jungle Kitty--"Vanished" has nothing to do with a kidnapped President (nor a kidnapped aide--a Presidential advisor simply disappears). The resolution is rather anticlimactic after an intricate and suspenseful buildup, and there really are too many roles, but for its time it was an excellent two-part TV movie. The movie JK was thinking of is actually, DUH, "The Kidnapping of the President", a 1980 Canadian theatrical film starring Hal Holbrook as the President held hostage by terrorists and Shatner as the security chief who must locate and free him. It's a pretty good movie, well shot with good direction. Its major flaw is a bit too little action and interaction--it's one of those productions made on a schedule to accommodate various name actors who couldn't be on location at the same time--and that it seems too minor and timid for the time it was made (it would have felt more suspenseful and timely had it been made in the mid-1970s). It's on video.

I'm uploading your podcast to Soundcloud so that I can listen to it on my Xbox One. I am also making it available to whomever wants it. However, I figured that I'd inform you. Since it is your work. I don't know if this is going to work in the long run, but I am willing to try. I need to find a new way to enjoy podcasts. Listening on my iPhone isn't working anymore. I'm just not doing it. I am hoping that Soundcloud will be the new way that I enjoy podcasts. I don't know yet. It is an option though.

I noticed that you are not up there though. Which I kinda get. I didn't upload everywhere when I was running a podcast. I don't know if you have ever considered it but it may be worth it. There are a lot of people up there. I don't really want to shill for it, but I'd figured that I would suggest it. It would be cool to see you up there.

Anyway, keep up the good work and I can't wait for the next episode!