Reviews! And much  more! 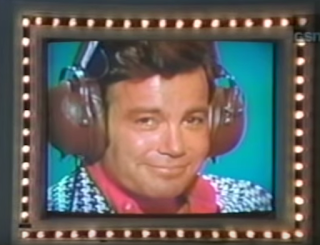 LOOK AT HIS FACE

Have to comment on this lawsuit, which has no actionable point. The guy wants blatantly inflated $$$ so he can again publicly trade on a famous name connection existing only in his head and thinks an ordered paternity test would enable this. I can't see a judge accepting these dubious linkages and ordering a test because--
1) Biological paternity is irrelevant even if it were established since his adopted dad is his legal dad, which entitles him to nothing, even acknowledgement, from biological Dad. 2) All "evidence" establishing the basis of the suit is utter hearsay: Mom (he says) told him some shit, and she was somehow "sure" she was already pregnant (he says she said) when she admittedly screwed another man who may have sired him--a man the defendant's atty would insist be identified, deposed, and tested. 3) All conversations he says allegedly occurred between Mom and WS are also hearsay. 4) All photos are public venue snaps anyone might obtain; 5) There is no evidence except his word that he ever engaged WS in any conversation, and only his word for the content of same. 5) Anybody can sue for anything; means squat. The entire "case" is a steaming pile of shit. Truth is, he's hoping WS will freak out and settle quietly on the off chance he might have had sex with the woman in question and is afraid of a court action. But a good atty should be able to dismantle this mess in court.